Who are the main exporters of both barrels and wooden casks in the world?

The cooperage industry (manufacturers of barrels) as we have discussed in other blogs is a craft trade that has over a thousand years of history and over time it has proven to be very important for the wine, spirits and distilleries. Lately there has been an increase in using barrels in craft beer. With the electronic and global commerce, you can see the flow of income that the barrel business brings. Obviously as in everything there must be someone in the lead. Do you know who it is?

We will be informing you in the following paragraphs

The figures that we present below are in thousands of dollars and are in relation to the 4416 tariff classification that corresponds to barrels, and other manufactures of cooperage and their accessories.

The world exports of these products had a total of 986,539 thousand dollars, of which France exported 509,519 which corresponds to a little more than 51%, making France the largest exporter of barrels from the year 2000 until the end of 2018. This last year they increased their exports more than 81,000 thousand dollars.

After France these are the following countries with

Italy with 13,970, to see the results of the other countries, see the table below.

The main importers of French oak barrels are the United States with almost 50%, followed by Spain and Australia.

In the case of the United States, its main buyer is the United Kingdom with about 30%, then Ireland and finally Japan.

And on the part of Spain they are United Kingdom with a little more than 70%, followed by France and Ireland.

The main importer of barrels with a little more than 25% is the United States followed by the United Kingdom and Spain. 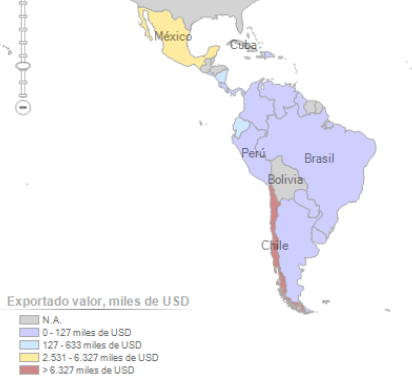 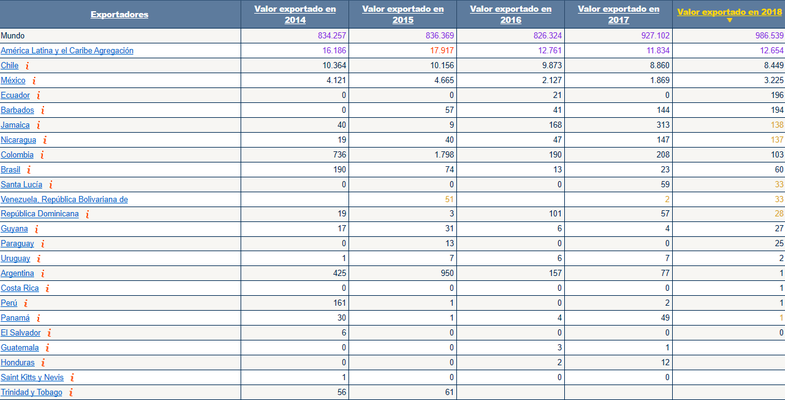 The main importers in Latin America are Chile, Argentina and Mexico, the three countries representing 77% of imports to novel Latin America and the Caribbean.

The year 2018 was very good for Mexico having their exports increased by 70% compared to 2017.

In 2019, trends point to growth in the alcoholic beverage industries.

This information was obtained at www.trademap.org

Made by Barriles la Arboleda